Have you ever tried to install a ceiling fan?  It can literally be either the hardest thing you have ever done, or it can be fairly simple and quick.  Throughout my years I have had to replace and or put up around eight different ceiling fans.  These have been both for my home, and for family and friends.  But thankfully, the past three fans that I have installed have all been the same Allen Roth ceiling fan.

These certain Allen Roth fans, are really quite simple to install.  By the third one I was able to set them up in about forty minutes by myself.  So this definitely is a plus, but it’s not the only reason I like them! 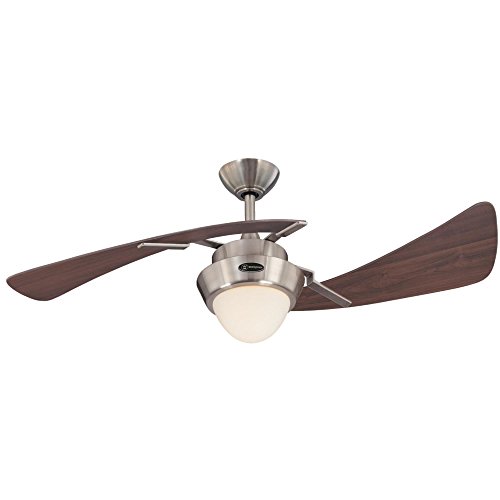 This ceiling fan in the picture above is the Harmony Two-Light 48-Inch Two-Blade Indoor Ceiling Fan .  This fan is hand brushed with nickel and opal frosted glass.  This gives it that modern and almost futuristic look.  I think this is one of the most beautiful fans out on the market.

The curves of the blades give it a much more unique feel that I think fits in great with modern and older homes alike.  This ceiling fan has the following specifications!

As you can see this is a superb interior ceiling fan, and that is why it’s made the list as one of my favorites!  I think this also is a contender for one of the best fans because of the price.  If you are looking for a fan that is quality made like this it can easily run up to three hundred dollars. This fan is cheaper than that and some even say it’s a steal!

You Can Find This Fan On Amazon.com!

As someone who used an Allen Roth model, I would also suggest you go with this brand, as it worked well for me and didn’t break right after I installed it either.

An Allen and Roth ceiling fan remote control is sure to be an addition to your home that will definitely make your life easier.

You have many options when choosing a ceiling fan to top off your home renovation. One of the choices you may not have considered is a ceiling fan controlled by a remote.

Allen Roth makes an excellent line of such a type of fans, but you need to consider what features you want before you make your purchase.

These fans come with multiple choices such as fan speeds so you can choose between a relaxing, gentle breeze or a strong wind to cool down your house quickly. Price is also a factor, as a fan with more options will have a higher price than a fan with less. Lucky for you, Allen Roth offers a wide variety of types of ceiling fans so you can pick what is best for you.

If you lost your remote control or it stopped working, no worries. It is possible to find a replacement.

Take a look at these ceiling fan remote controller kits to see which one is the best for your Allen Roth fan.

Here’s What We Found!

And here’s the battery that goes with the remote: 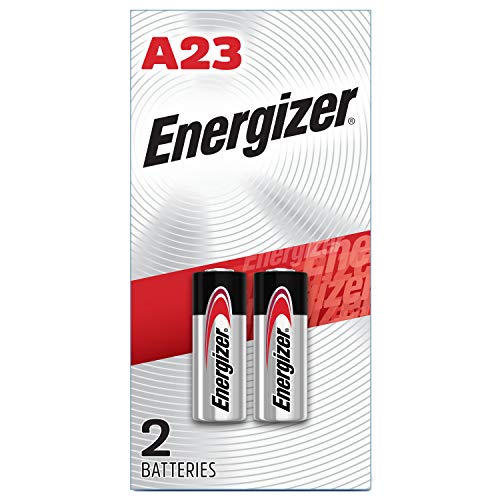 The kit that we think is the best is the PECHAM universal lamp and timing wireless remote control kit.

It will allow you not only to replace your lost remote but also add the remote feature to a regular ceiling fan that does not have one. 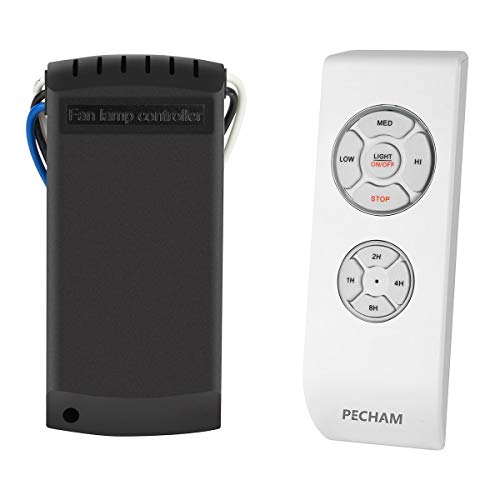 The remote has buttons for:

The kit already batteries included so you can use it right after purchasing it. It also includes a wall mounting cradle so you will never lose your remote again. The remote operates to a distance of up to 49-feet and the manufacturer provides 1-year warranty for the kit.

It’s very easy to install and the instructions come with the kit. To give you an idea what you would need to do, the Amazon listing has a schema explaining how to install the remote receiver.

You need to put the receiver in the mounting part (or canopy) of your fan. Please note that not all the fans have enough room for it so I would highly recommend you to first measure the fan canopy and only after you make sure it is big enough, you should buy the kit. If you need a remote for a fan that already has one, you will first need to remove the original receiver from the fan canopy.

Get this Universal ceiling fan remote controller kit on Amazon!

Batteries For The Ceiling Fan Remote

In order to function, your fan remote needs batteries. The batteries are usually not included in a new remote and you have to buy them separately.

The PECHAM remote kit requires one 12V 23A battery.

Here is the list of best batteries that fit our favorite remote:

As one of the leading creators of ceiling fans today, Allen Roth offers many different choices for not only the appearance of the fans but in the number of options on the remote as well.

The most basic set of features you can get usually includes a simple set of three speeds to run the fan at. The more advanced ones can have more complex features such as a choice in the direction of the fan, speed, and even how dim or bright a light is. If you’re feeling extravagant, there are even options for fan remotes with sensors, so they adjust themselves to make it more comfortable for you even when you aren’t there.

Make Your Life Easier by Saying Goodbye to Pull Cords

A handheld remote to turn your fan on and off seems like a fantastic advancement from getting up to hit a switch or pull a cord every time you want to fan change settings.

However, not every remote is made to be just a handheld device.

Some can even be set up in a way by being mounted on the wall, much like a thermostat would be, if that’s what you would prefer. Most people do prefer the handheld remote though to the wall mounted version. The handheld remote is especially useful for when you are too busy to get up as well as for the elderly or injured, who can’t move around quite as much. If you don’t want to get a new ceiling fan though, you may still be in luck.

Allen Roth does make remotes as well, so if you have a compatible fan with no remote, you can buy one without replacing a perfectly good ceiling fan.

What I Thought of the Allen Roth Fan Remote Control

Hearing all of the features of these fan remotes is a good way to determine if you want it or not, but a personal, honest review is even more trustworthy than a list of features. I wasn’t completely sold on the idea of a remote fan when I bought my first one. After all, how hard is it to reach up and pull a cord or stand up and flip a switch?

Eventually, though, I was convinced to give it a shot and purchased a remote for myself.

Rather than buying a whole new fan, I bought a universal remote to pair with the ceiling fan I already had set up. Once I got home and set it up, I realized that I’d been wrong about remote ceiling fans all along! The remote I purchased was rather simple, just a handheld version that I programmed to run at three different speeds as well as start and stop my fan. Having the ability to turn my fan on and off and change things without having to get up and stop what I’m doing is something that I completely misjudged! I will warn you, if you try a remote with your own ceiling fan, you won’t go back to using switches and pull cords anytime soon.

All in all, I would definitely recommend for you to try one of these devices yourself!

As someone who used an Allen Roth model, I would also suggest you go with this brand, as it worked well for me and didn’t break right after I installed it either. An Allen and Roth ceiling fan remote control is sure to be an addition to your home that will definitely make your life easier.

If you are someone who loves both DIY and saving money, repairing your own ceiling fan instead of getting a new one may not be such a bad idea!  One of the things I like about my ceiling fan is that I can go and easily buy Allen Roth ceiling fan parts.  Lowe’s doesn’t make me go through a hassle when it comes to finding specific fan pieces and definitely, they do not force me to buy a totally new fan. I can just purchase the pieces I need and fix my fan myself. Money saved, the pleasure gained 😉

If you are like me, can choose the same route!  So, I suggest you take a look at Allen Roth ceiling fan parts if your ceiling fan is no longer spinning!